Dandelion (Taraxacum officinale) is one of the top three most prescribed digestive and liver herbs in my dispensary, the other two are milk thistle (Silybum marianum) and globe artichoke (Cynara scolymus).

I prescribe dandelion in many forms (herbal extract, tea or leaves) either on its own or in herbal mixes, with great clinical results.

The dandelion plant is one of the world’s most common and recognisable herbs, although it’s also considered by some as a persistent weed due to its robust nature and the ability to grow almost anywhere. The herb is thought to have originated in Central Asia and nowadays it’s widespread throughout the world where it’s known by many different names including lion’s tooth and wild endive.

This cheery plant has beautiful bright golden yellow flowers that bloom from early spring well into autumn covering meadows, lawns, roadside patches of grass and just about any place with a bit of soil!

Dandelion is a versatile herb that has high nutritious value and all parts of the dandelion plant can be used either as food or medicine. The flowers and leaves can be eaten fresh or dried; the dried root is used in herbal tinctures as tea or roasted, and used as a coffee substitute; the white juice from the stem has been used for centuries as an effective topical wart treatment.

I often recommend having dandelion tea /coffee as an everyday beverage to support the liver and the digestive tract. It can be included in your daily water intake and many people are able to drink and enjoy more of the dandelion brew than just plain water.

Regular consumption will enable you to gently cleanse the liver on a daily basis lessening and/ or preventing accumulation of toxins from food additives/ preservatives and other chemicals and pesticides we ingest, environmental pollutants from the air as well as personal care products we apply to the skin. They all are processed and detoxified by the liver.

Medicinal uses and benefits of dandelion

Take 1 tsp of roasted dandelion root, a small piece of cinnamon stick plus a few cloves. Put all ingredients into a small tea pot or a mug, add boiling water. Steep for 10-15 minutes to extract the therapeutic ingredients from the root. The longer the coffee is brewed the more bitter it becomes = more health benefits.

To start with, I recommended you dilute the tea at least 50/50 with water, whilst getting used to the slightly bitter flavour. Also, if your liver is struggling you’ll need to start with small amounts of dandelion coffee at first such as i 1 teaspoon per cup, gradually increasing to 1-2 cups per day. It may take you a while to get there so do it slowly.

Here is my photo of a beautiful dandelion flower with an important message for you: Take a good care of yourself! 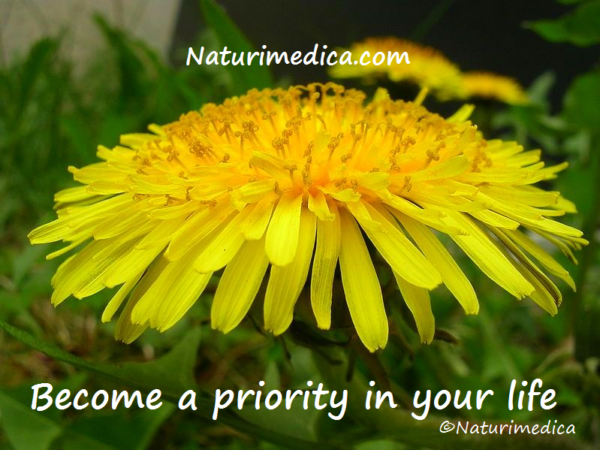 I hope that after reading this post you may develop a new appreciation for the humble dandelion that can be found just about everywhere!

At the very least consider adding dandelion tea/ coffee to your beverages of choice and enjoy the many benefits of it more often.

Check out other posts here: 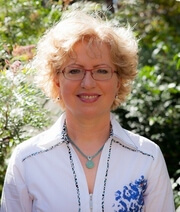 Joanna Sochan is a Natural Therapist and founder of Naturimedica Holistic Health & Wellness. She has a passion for helping her clients transform their lives by becoming healthy and well naturally. Joanna is an adrenal fatigue, sleep and gut health expert helping tired, stressed or unwell individuals to regain their energy, sleep better and be happier, more relaxed and calm. Joanna practices in Sydney and Lake Macquarie, Australia and also conducts Skype / phone consultations for clients Australia-wide. View full bio.

Like what you’ve read? Spread the word to family and friends!